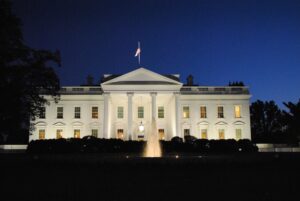 What is the President’s Authority to Modify Section 232 Import Tariffs?

Does the president have the authority to modify Section 232 import tariffs? An appeals court decision recently shed new light onto this question, reversing an earlier ruling in a victory for the federal government.

The recent issues around Section 232 import tariffs date back to March 2018, when President Donald Trump imposed 25% tariffs on steel articles imported from all countries. A few months later, Trump increased this tariff to 50% specifically for steel imports from Turkey. In response to the heavy tariffs, a Turkish steel importer filed a suit, claiming that Trump’s tariff proclamation was illegal because it singled out steel importers from Turkey, while also not following mandated statutory procedures or providing a credible connection to national security.

The President’s Role in Section 232 Tariffs

According to the Trade Expansion Act of 1962, when the president receives a Department of Commerce report that a specific product is a threat to national security, the president has 90 days to:

Once the president has determined the threat and appropriate actions, they have 15 days to implement any action to address the national security threat.

However, Trump’s tariffs against Turkey raised questions about the nuances and scope of the Section 232 details in the Trade Expansion Act of 1962. When the case came before the Court of Appeals for the Federal Circuit, two of the three justices determined that:

One justice with the Court of Appeals for the Federal Circuit dissented, pointing out that:

Additionally, the justices noted that their decision does not address circumstances other than Trump’s tariffs on Turkish steel products, and that making another decision would require a new Department of Commerce report about a new threat.

This content is intended for informational purposes. Due to the generality of this content, the provided information may not be applicable in all situations. We encourage the reader to review the most up-date-regulations directly with the U.S. government’s sources on 232 tariffs, which can be found here.