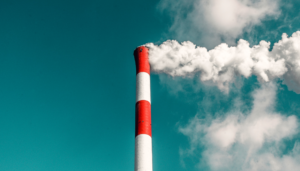 The Proposed EU Carbon Tax: Will the U.S. Follow?

Recently, the European Union (EU) took steps toward their plans for a carbon border tax that would attempt to stem the consequences of climate change by taxing the imports of carbon-intensive products. Will the United States follow?

With carbon emissions at record highs around the world, the EU’s carbon tax measures aim to put more pressure on countries with weaker climate laws by forcing them to pay more to export their carbon-heavy products into Europe. Products impacted by the EU’s carbon border tax initiative will include:

Additionally, products that are made up with any of the above products may also be affected. The EU carbon taxes would be phased in beginning in 2026.

Countries like China and India, which are known for high carbon emissions, will be among the ones most obviously impacted if the EU implements their carbon border tax. However, carbon-intensive industries in the United States could also be heavily impacted as the U.S. struggles to implement its own measures against climate change.

On the same day that the EU released their carbon tax plans, two Democrats— Senator Chris Coons of Delaware and Representative Scott Peters of California—also proposed a bill that, as part of the budget plans, would impose a heavier fee on carbon-intensive products at the U.S. border. Like the EU’s plans, the changes proposed by Coons and Peters would impose a fee on carbon-intensive products from countries without adequate emission control. Along with products like cement and steel, it would also impact:

The U.S. border tax would be included as part of a $3.5 trillion budget reconciliation bill, and could be passed with a majority vote. While the proposed changes would help the U.S. take greater steps toward addressing climate change, there are also concerns that it would lead to tensions between the U.S. and other countries and diminish the U.S.’s role in international trade. John Kerry, the U.S. envoy for climate change, remarked earlier this year that carbon border taxes implemented by the EU and others have the potential for “serious implications for economies, borders, and for relationships and trade.”

Carbon border taxes are a complex issue that could have a huge impact on climate change, international trade, and anyone involved in the exportation of products like steel, cement, and natural gas. For those impacted, the EU’s efforts to cut down on emissions—and the U.S. attempts to follow—are certainly something to watch.

This content is intended for informational purposes. Due to the generality of this content, the provided information may not be applicable in all situations. We encourage the reader to review the most up-date-regulations directly with the U.S. government’s sources.